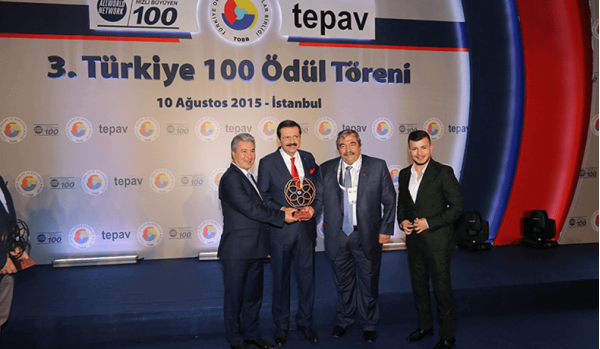 Under the leadership of “Turkey Chambers and Stock Exchanges Union (TOBB)” and cooperation of “The Economic Policy Research Foundation of Turkey(TEPAV)” and “AllWorld Network” was announced “the Turkey’s Fastest-Growing Companies for the last 3 years” at a ceremony held on 10.08.2015 at Ciragan Palace. We are one of the 3 companies won the award from Gaziantep.

On a global scale branding; Mespa is progressing with confidence and was considered the worthy the title of “Fastest-Growing Companies”. Mespa received the award in the ceremony from the chairman of Turkey Chambers and Stock Exchanges Union, Mr. Rıfat HISARCIKLIOĞLU.